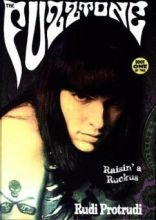 Please note that the content of this book primarily consists of articles available from Wikipedia or other free sources online. Rudi Action Protrudi (born December 15, 1952), is an American rock musician, songwriter, record producer, artist and actor best known as the lead vocalist and frontman of the rock and roll band The Fuzztones. Protrudi was born in Washington D.C. and raised in Camp Hill, Pennsylvania. Both he and his younger sister, Rene Laigo, inherited their artistic talent from parents, John and Janet. Rudi attended school in Camp Hill, Lemoyne and New Cumberland, where he graduated from Cedar Cliff High School in 1970. He attended York Academy of Art from 1971 to 1972. At the age of 12, after seeing The Beatles on the Ed Sullivan Show, Rock & Roll became his obsession. Through The Beatles, he became familiar with Chuck Berry, who quickly became his idol. Like Berry, Rudi chose guitar as his instrument, and by the age of 14 had formed his first band, King Arthur''s Quart. He continued to play in local bands until 1976 when an audition for the Dead Boys provided him the opportunity to play bass for them at CBGBs. 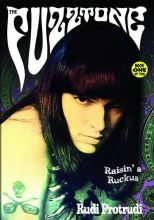 The Fuzztone - Raisin' a Ruckus

The Fuzztone - Raisin' a Ruckus